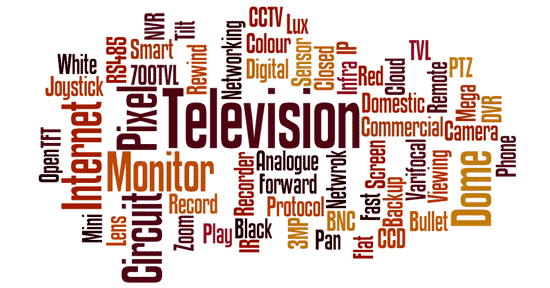 CCTV cameras are used to transmit a signal to a specific place only, on a limited set of display devices or recorders. With broadcast television, the signal would be openly transmitted, with a closed loop system (even one that operated over the internet) only those with the correct credentials would be able to view the images. The term is usually applied to surveillance in areas that may need monitoring such as banks, airports, military installations, shops, and more increasingly any public space where safety is a concern.

When light strikes the chip it is held as a small electrical charge in each photo sensor. These charges are converted to voltage one pixel at a time as they are each read from the chip. The voltage is then converted into digital image information by the camera.

A CMOS imaging chip is a type of active pixel sensor made using the CMOS semiconductor process. Extra circuitry next to each photo sensor converts the light energy to a voltage. Additional circuitry on the chip may be included to convert the voltage to digital data.

So which is better, CCD or CMOS sensors?

Neither technology has a clear advantage in image quality. On one hand, CCD type sensors can be more susceptible to vertical smear from bright light sources when the sensor is overloaded; higher-end CMOS sensors do not suffer from this problem. However cheaper CMOS sensors can be more susceptible to the undesired effects that come as a result of a rolling shutter, although this is usually only problematic when there are fast moving objects in the frame, or the camera is panning quickly.

If connected to an appropriate controller, such as a joystick, a PTZ camera can pan (horizonal rotation) and tilt (vertical rotation) in any combination such that any viewing angle in 3D space can be acheived. Further control will allow the camera to zoom in or out of the desired range. 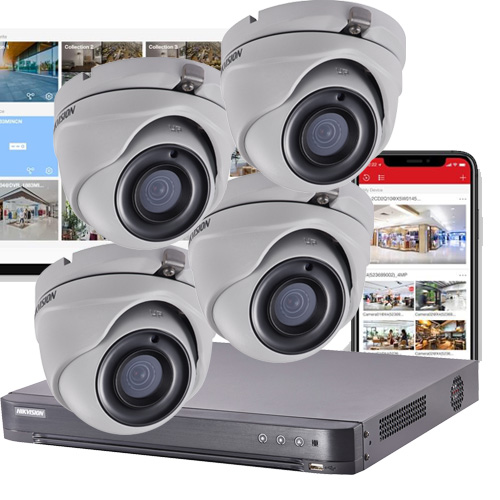 We have used Bans security for our showroom and vehicle workshop and on both occasions the service was second to none. Bans high level of customer support and personal service could not be achieved by larger companies. We would recommend Bans to anyone.